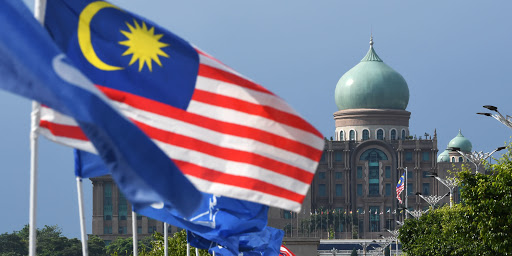 Foreign workers specifically refer to a group of foreign nationals who work with diverse legal status in a particular country, far from their homeland, where they have been officially recruited. Foreign workers are commonly classified into skilled or unskilled workers and legal or illegal workers.

Did you know that ever since the 19th century, our country begins to import foreign workers mostly to work at rubber estates, plantations and mines? The workers are usually imported from the neighbouring countries like China, India, Indonesia, Philippines, Bangladesh and Nepal. Nowadays, we see them every day in the streets or even around your neighbourhood, they seem almost very comfortable staying and working here in Malaysia, almost as if it’s their home.

There has been an increasing demand in the foreign workforce in every sector of industries due to the rapid growth of our country. Malaysia offers higher wages for jobs compared to the immigrant’s own country which becomes the reason why they decided to stay and work here. Most of the foreign workers wish to improve the qualities and way of their lives for their families back home.

With that being said, should the employment in Malaysia among foreign workers be encouraged by everyone or not? As for me, I do have to stick up for them this time and encourage it as these workers actually contribute a lot to our country with their hard-work, potential skills without us realizing. Here are a few reasons why.

Several sectors in Malaysia such as manufacturing, construction and plantation sectors actually faced this issue on a daily basis. Don’t get it wrong, local workers are exposed and opened to many jobs in these sectors but their unwillingness to commit in these industries caused the phenomenon of shortage in labours and now, who’s to blame?

Foreign workers who are more devoted to their jobs are recruited by employers of companies in place of this phenomenon that becomes critical after some time. Contrast with the foreign workers, local labours are too selective when it comes to their choice of work. We can’t deny that these locals prefer to work in a more comfortable environment with air-conditioned rooms and white-collared shirts. They avoid working in remote regions at all costs due to lack of facilities and modern technologies in the area that they cannot live a single day without. They refused to accept and handle the difficult tasks which mostly involved being in dirty and dangerous workplaces.

Another thing is these local workers complain about their low wages, while these foreign workers are satisfied with it as the amount that they received in their country are usually lower. The willingness of foreign workers who always accept additional work without murmuring and grumbling also attract local employers to hire them. Malaysians need to stop being fussy, seriously.

#2 They accelerate the economy of our country

Malaysia is growing at a great speed and in order to sustain that, of course, they need to maintain a stable workforce and a smooth economic development. There needs to be a great number of proficient labours and mechanization no matter how significant or not the work is in the industry.

The country’s economic development is affected by all major and minor fields of job and this includes the works that are fulfilled by the foreign labours. If Malaysia does not encourage the employment of foreign workers, it is most likely that some of the low-income fields of jobs are left vacant and soon enough, it will undergo poverty.

More revenues can be allocated towards the company’s operating expenses as the foreign workers are not very particular about their limited payments and salaries from the employers. Hence, the profits earned by the company will be doubled.

This issue about discrimination never gets old, especially in workplaces. There are many adequate laws and regulations that are already called upon it due to many cases that took place before. Several laws have been passed against discrimination in the present year to ensure that everybody is treated equally and fairly in every aspect. The industrial sector, as well as the education sector, also has to abide by these rules.

Hiring foreign workers becomes the safest option in such a condition. Their diverse cultures and races differentiate them from the rest of the community. Some employers might have to somehow be involved with this law but employment among immigrant workers will undoubtedly save the company from any action being taken against them.

#4 Experienced potential workers to choose from

Our country is growing bigger and faster as time goes by whether in terms of economy or education, the government is always trying to improve the country to a more systematic manner. With all these sectors available in Malaysia, we do need a lot of workforce from the right individuals that are more than devoted to committing to their work. The demand for workers in several industries have been getting higher with a huge rate in the decade. Because of this, employers sometimes rely on hiring skilled labours from various countries.

People who are in a desperate search for jobs might receive a great opportunity and invitation to work here in our country. These labours from their migrating countries are mostly trained and willing to do work here with the skills that they already had. Some of them might also know their skills well due to the experience that they learned before.

On the other hand, the employers that are recruiting also get an abundance of choices to select from the lot due to the huge amount of people looking for jobs from the neighbouring countries. Furthermore, these potential employees can be hired at a cheaper rate which profits the company in a way that they are able to spend their extra revenues on other more important mechanics. Thus, this is certainly one great profitable aspect for the employment of foreign workers.

#5 They become a connection to the business industry

When an employer of a company hires a foreign worker, they will immediately have a bit of knowledge about the background of the worker’s immigrating country. They come to know about their market and its demand. Employers who wish to expand their reach by expanding the company internationally to other countries enjoy the benefits of contacts.

Employing foreign workers can give the company an inside idea of the immigrant’s industry and its developing stage. Therefore, it gives employers an essential step forward to begin initiating an industry in other countries.

Moreover, the presence of foreign workers also helps assist in overseas business ventures in certain countries. This is because the employers or any representatives from the company already gain better cultural understanding and representation of oneself in another market. After all, it is never wrong to have extra internal help which is beneficial for both sides of the parties.

Indeed, there are a little over too many foreign workers that we see here in Malaysia and they all engaged in different sectors and industries. No matter what the perception of people in their minds about them, we truly cannot contradict about their efforts to work which are undeniable.

Our fast-developing country makes many foreign immigrants to flock into the nation mainly for the purpose of survival and to be well-empowered financially. Employers need to encourage and attract more skilled foreign workers either through experience or even experts that belong in professional groups in order to foster the efforts of Malaysian government’s goals of being a well-industrialized country in years to come.